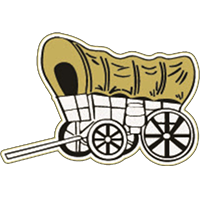 When Staff Sergeant Jason Holloway’s father retired from the Navy after 23 years of service, he found himself in Oklahoma where he would graduate from Woodward High School in 2001. He enlisted into the Oklahoma Army National Guard because he felt the call to serve his country. He also wanted to pursue a degree and the National Guard was the best option.

“I joined the National Guard six days prior to the attacks on 9/11. Since then, I have used the Guard to gain a bachelor’s degree and am currently in pursuit of my master’s degree,” said SSG Holloway.

Upon enlisting, Holloway was entering the 11B or Infantryman career field.

“Basic training and advanced individual training (AIT) gave me a chance to sample the “G.I. Joe” actions that I watched growing up. During my 12 plus years in the Guard I have worked many different jobs and learned a lot of different skill sets. I moved into the Recruiting and Retention Battalion in November of 2017. I have since converted my military occupation skill (MOS) from 11b to 79T or career recruiter. I have fallen in love with the work I do every day,” said SSG Holloway. “I enjoy helping my fellow Oklahomans learn about the benefits that the National Guard has to offer. The National Guard has given me and my family so much over the years. We allow Oklahomans to earn the pride of being a United States soldier while still pursuing the civilian career goals. This paired with the benefits of cheap health care, paid job training, V.A. home loans, and education benefits give all National Guard members a foundation for success that is rock solid.”

Staff Sergeant Holloway said every new recruit has a lot of questions and the most common questions he hears is, “what does the National Guard do?”

“The answer to that is the Army National Guard is community-based and reports to the governor of its respective state unless called to protect U.S. domestic interests in times of conflict or natural disaster. The National Guard fields troops from all U.S. states and territories. Each unit operates independently. Members of the National Guard hold civilian jobs or attend school while conducting their military training part-time. We are tasked with guarding the nation,” SSG Holloway said.

Staff Sergeant Holloway and his team cover a large area in and around Oklahoma City.

To learn more about the National Guard or to get in touch with SSG Holloway visit www.nationalguard.com; this website will put you in touch with a career counselor in your area.